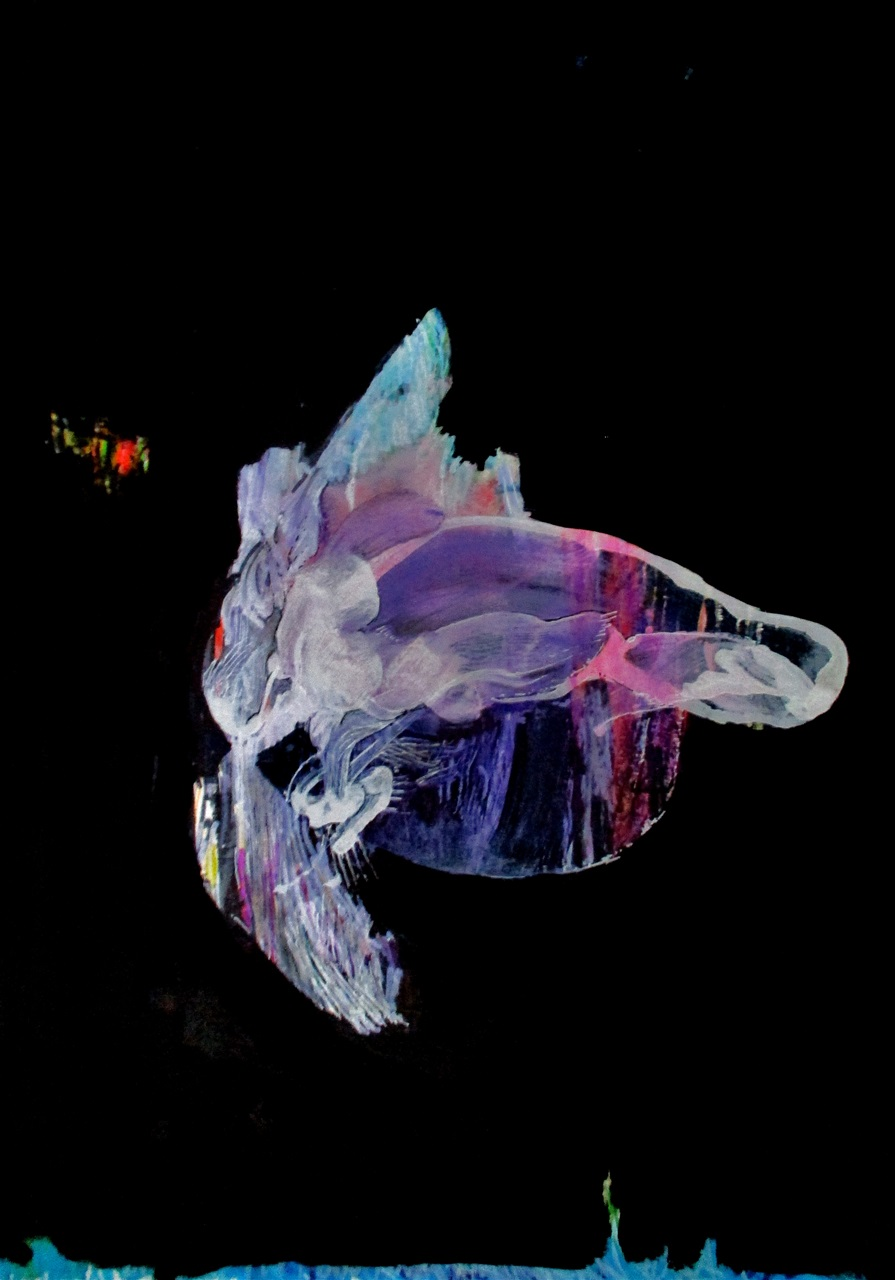 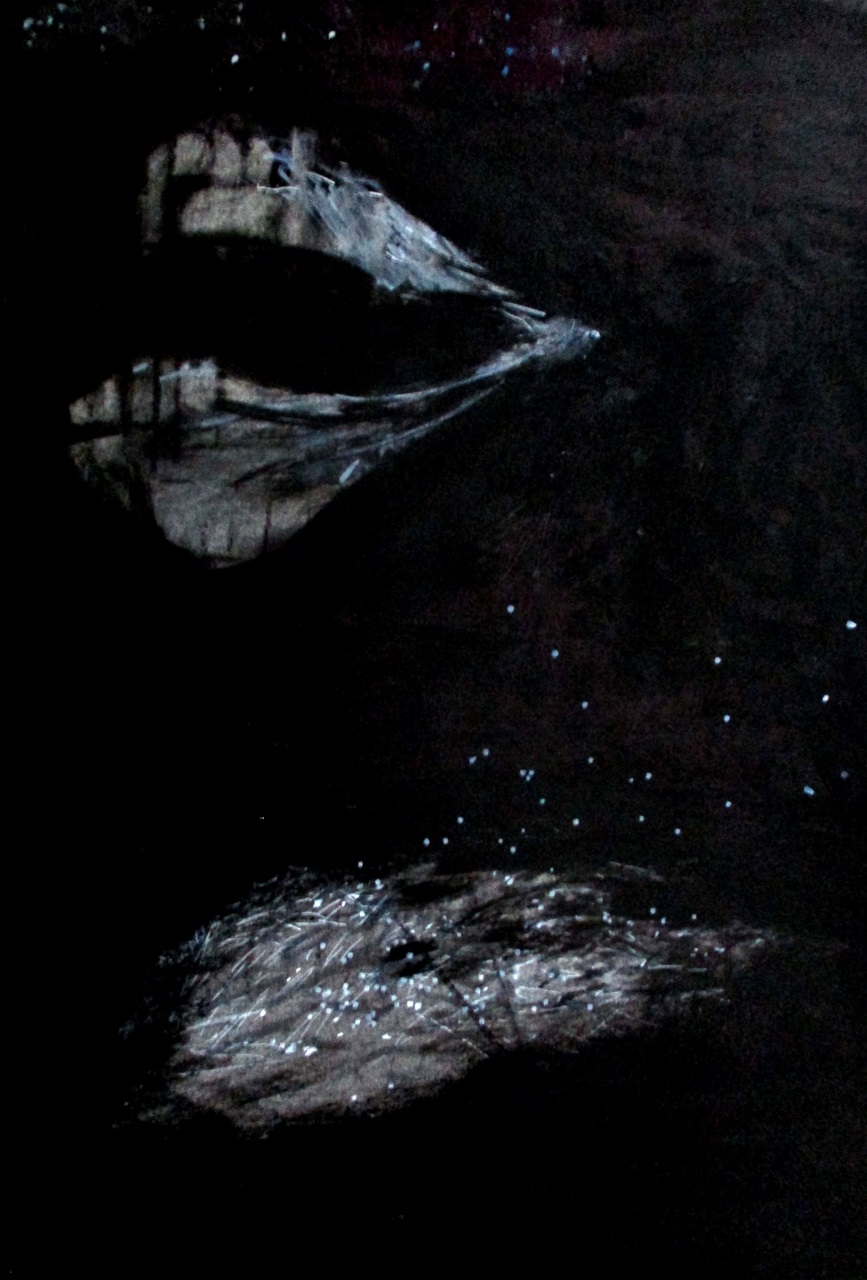 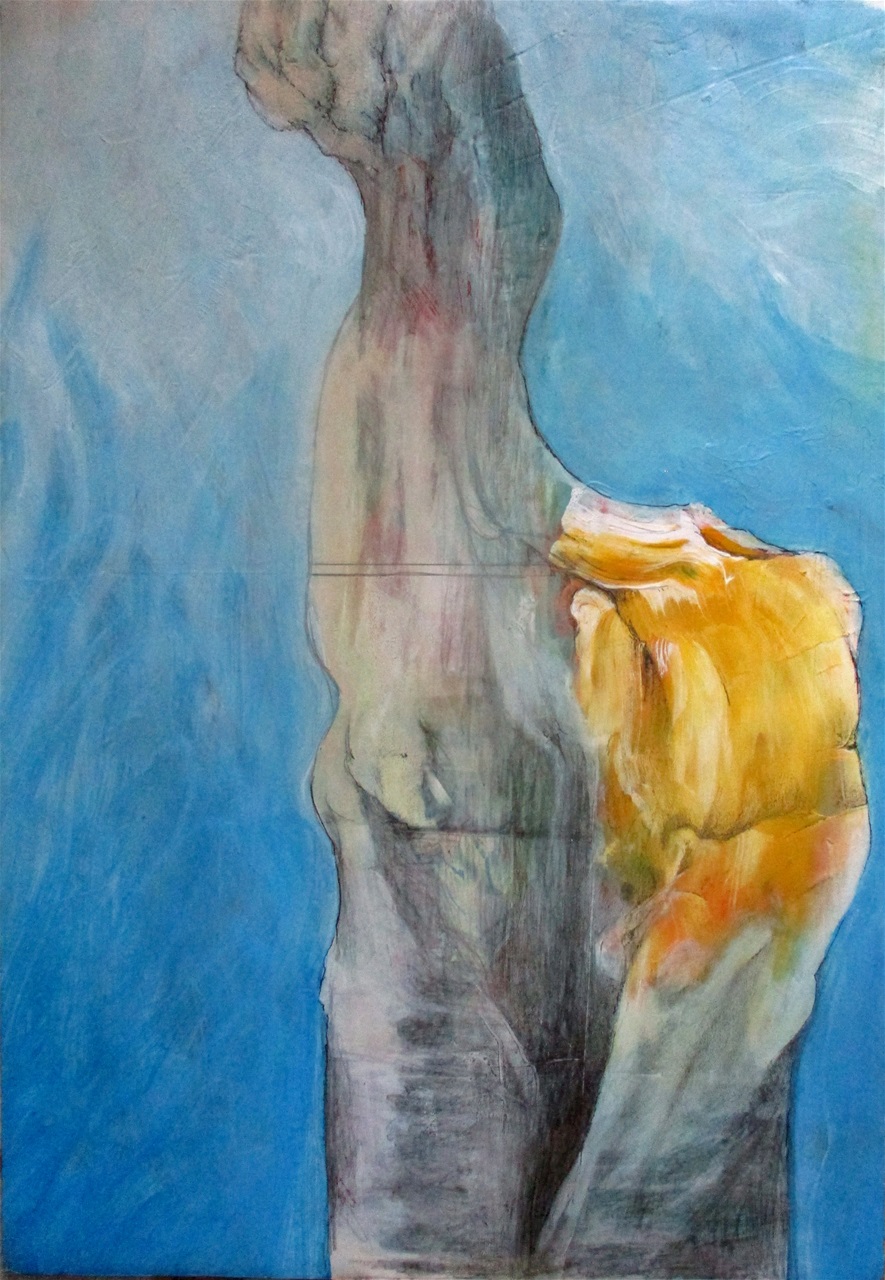 Postcard. August 2021. Mixed Media on Board 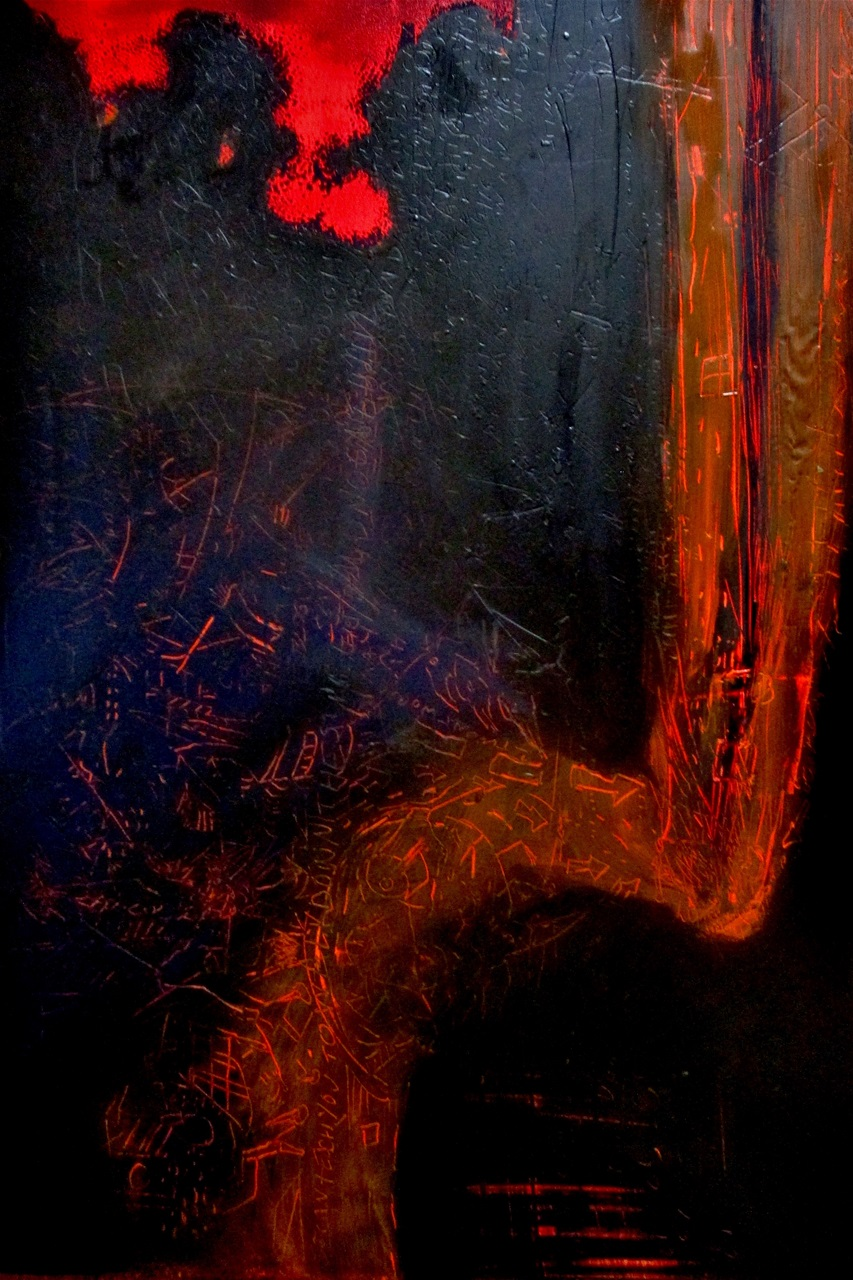 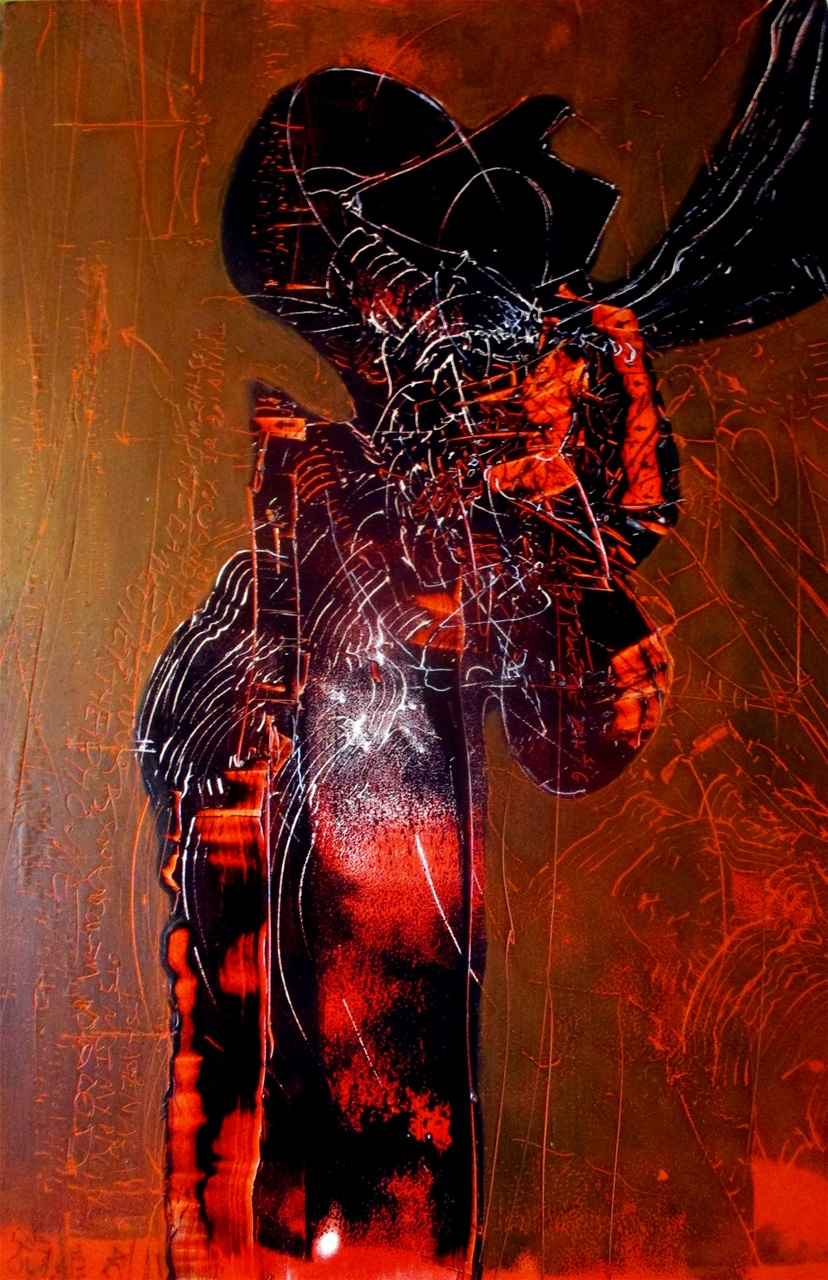 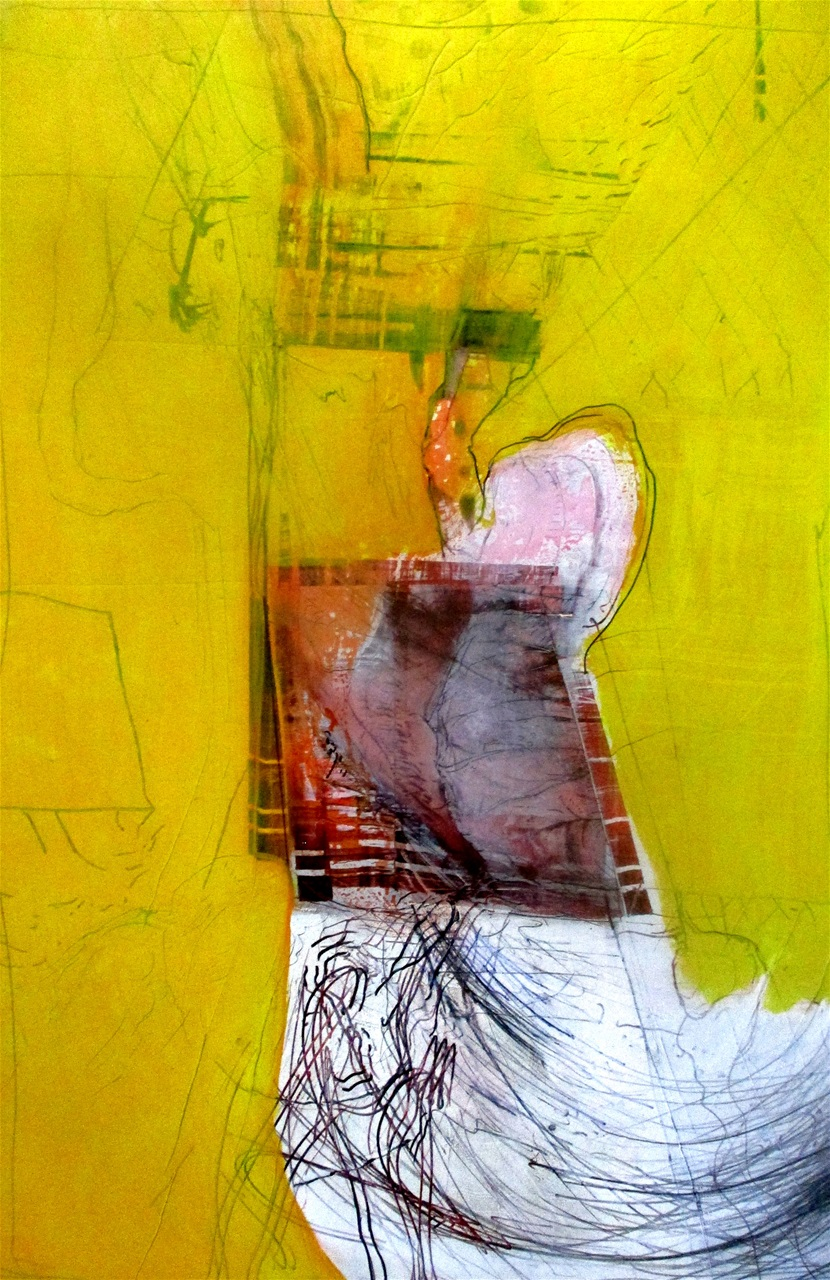 A work in progress. The idea for this series comes from this - In 1953, two surrealists Max Ernst and Dorothea Tanning took a ten day rafting trip down the Colorado River through the Grand Canyon. I'm fascinated by the idea that two visionary artists went down that ancient and solitary river and landscape. I like to imagine how they may have seen things ...things ordinary people see on a rafting trip in the Grand Canyon...and how they processed those things in a very different way. "Seen through the naked eye This hill is twice as young as its age For your beautiful naked eyes She clothes herself with plumes and lead And a secret, transient sky But Viewed through temperament She takes fire She encrimsons Roars Trombones and booms In the silences of space Like a pyramid enraged Which laughs twice a century Laughs With a hazy smile Laughs Without rival or reasonThen it's terrible love chant Explodes between two beds of glass. " - Hill by Max Ernst Tanning likening her memories to sparks of phosphorus: “those faraway beings are fireflies, you might say, each one a bit of phosphorus, a life that brushed mine and caused me, in its glow, to exist...” That phrase which I like very much is a key ingredient in the series which is not meant to be an illustration of those two surrealists journey down a river. That story/event is something to hang the idea of the series on which deals with how the same things ( and at times the most ordinary and mundane things ) can be seen ( and experienced ) by individuals but the mind will process them in vastly different ways.

Postcard. July 23nd, 2021 Mixed Media on X-RayMedia on Paper.
"On a late afternoon we got out of our car to watch a rattlesnake crossing a road outside Flagstaff Arizona. Max blanched visibly. He was staring at the very same fantastic landscape he had repeatedly painted in France not very long ago w...

Postcard. August 2021. Mixed Media on Board

Postcard. Sept 2021. Mixed Media on Board

Postcard. Oct 2021. Mixed Media on Board