Demon in Chains c1453 - Iranian. from the collection of the Cleveland Museum of Art 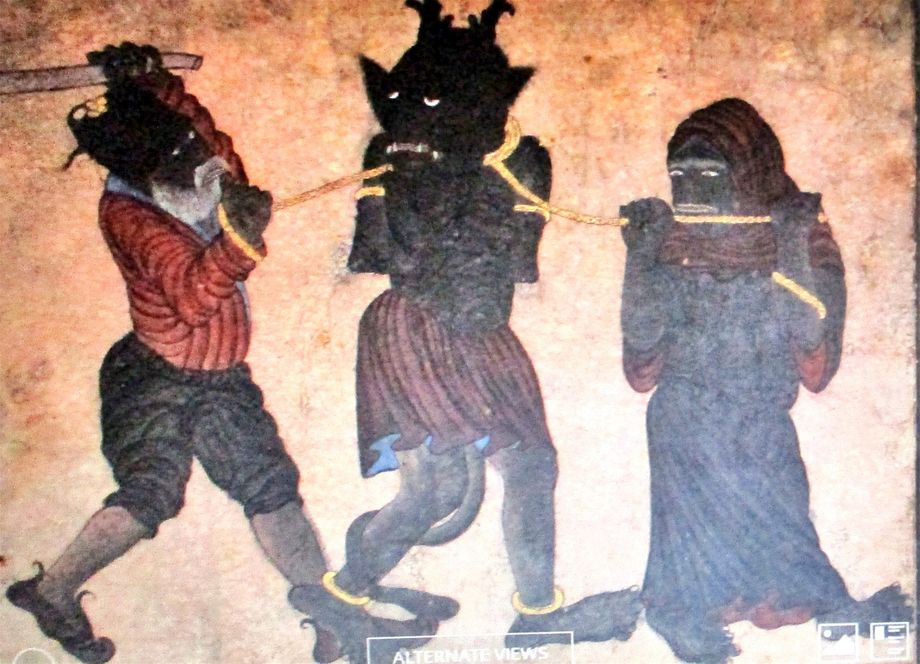 It always stayed with me that the Cleveland Museum of Art purchased this small but powerful work during the time of the takeover of the American Embassy in Iran. To me the work is partially a meditation on the nature of man.

" This page once belonged to a miscellany from the library of the early Ottonian sultans. It depicts two people in nomadic garb leading a demon, or Persian div, in chains between them. The female figure holding the chain to her face is painted to look nearly as ferocious as the captured div. The concept of divs as evil supernatural creatures of mysterious origin dates to pre-Islamic Persia, but they are also described in the text of the Qur'an. Divs in Persian literature and folktales are sometimes captured and forced to use their magic to serve a king or hero."

The point that strikes me is that one of the captors expression is as " ferocious as the captured div" or demon. I would put aside the story of the work and see it more as a cautionary lesson not to become the very "demon" you hate.