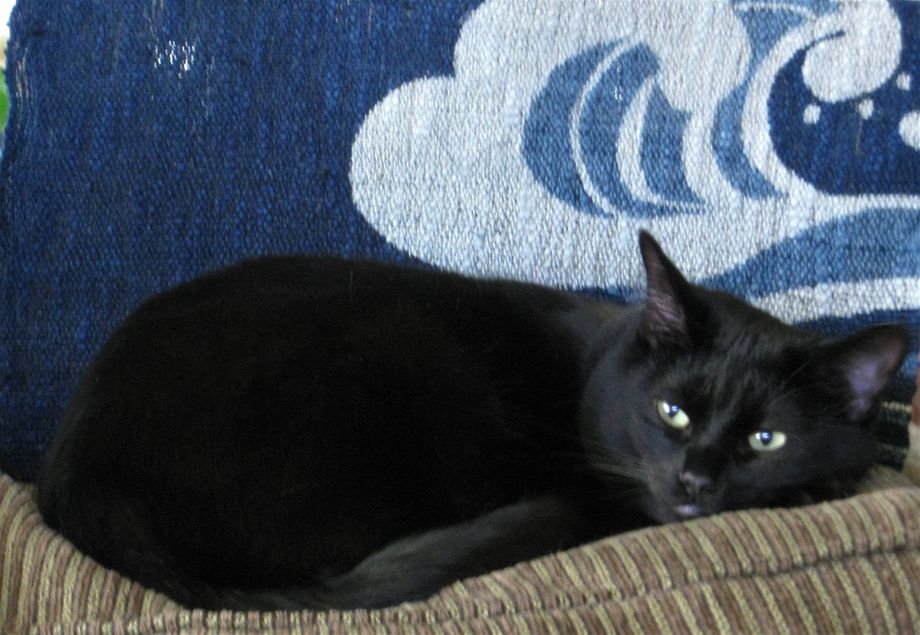 Sorthy after that after that my wife and I headed to Seattle. We heard that a new GoodWill store had just opened and while we were there we decided to check it out. I was looking at the used DVD's when my wife came from behind me and said in a whisper... Honey look what I found. She held up an almost 3 foot long Japanese carved wooden and lacquered Koi on a rope that was from at least the Edo Period in the 19th century. We bought it for the four dollars and ten cents they were asking for it and got out quickly with our find. We did manage to... Catch A Big Fish.

My wife and I were living in a small town of about 300 people west of Seattle. One day I found out by chance that David Lynch would be in person at the largest video store in Seattle. I decided why not try to meet him. The thing was it would be first thing in the morning and we were living across Elliot Bay and a drive just to get to Seattle. On top of that it was in a part of Seattle that I was not at the time familiar with. I decided I'd do it anyway. So on a cold day I got up at about 5am, took a bus in the opposite direction of where I needed to go, then connect to another bus in the right direction, waited for a ferry boat, then rode for almost an hour on a ferry and get on another bus to an area I did not know that was hopefully near the video store. All that somehow worked out. I found the video store and got in line behind about ten other people waiting for the place to open its doors. The thing is it was cold for western Washington and I was freezing. At one point I was thinking to myself screw it I'm freezing and hungry this is crazy. I'm heading home. I did have a snickers in my pocket but when I bit into it it shattered like a piece of glass. I was looking at the shards of broken frozen snickers on the ground when the line thankfully started moving. Long story short I got to meet and talk a bit to David Lynch and he gave me a copy of his book Catch A Big Fish and autographed it.