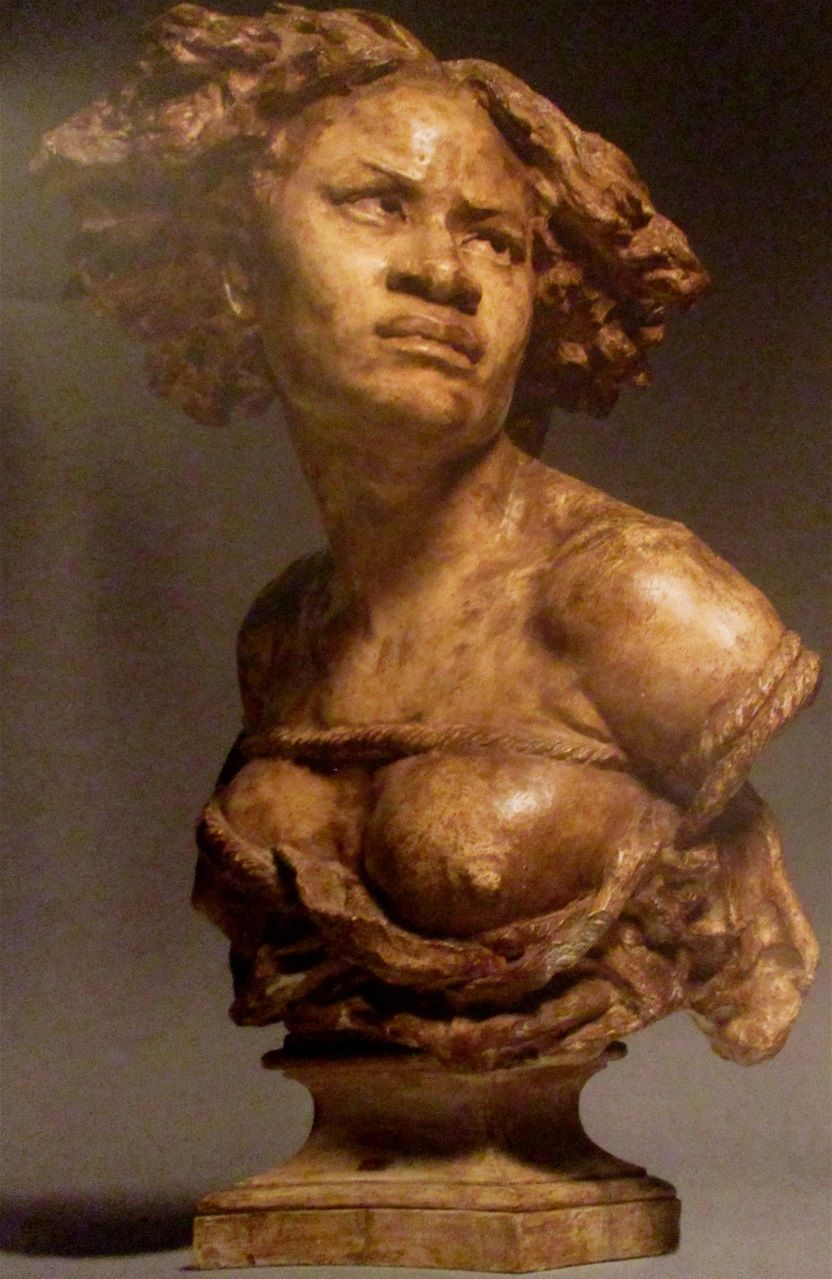 Why Born Enslaved? 1868 by Carpeaux is a new work in The Cleveland Museum of Art collection. Why Born Enslaved! - an outstanding counterbalance to The Sleeping Faun, modeled 1864 carved 1870 by Hosman, ( the period of and just after the slaughter of the Civil War ) and Rest 1879 by Bouguereau from that period. Never was the the battle between elements that make up the Romantic and the Classical as clear as in the visual arts of the 19th century. This theme or conflict in one form or another is a basic element in the make up of the human psyche. The visual arts have always reflected this struggle. Adding the work Why Born Enslaved? to the museum collection is a welcome addition reflecting the real world and along with Turner's The Burning of the House of Lords reflecting real events of that time. The 19th century in the visual arts is a battle between the Classical and the Romantic. That eternal battle is right up front in the 19th century visual arts and reflects to quote from the Kubrick movie Full Metal Jacket - "The duality of man." A new language started in the 19th century. In1889 Munch wrote "There should be no more paintings of interiors and people reading and women knitting. There should be images of living people who breath, and feel, and suffer, and love. On the other side of the issue once certain subjects became outdated and or obsolete came Seurat and the focus on the color and the science of color, and Cezanne. His canvases became experiments and a combination completely seperate entites from his subjects but still connected to them in which there are combined elements of both the "classical" and the "romatic."