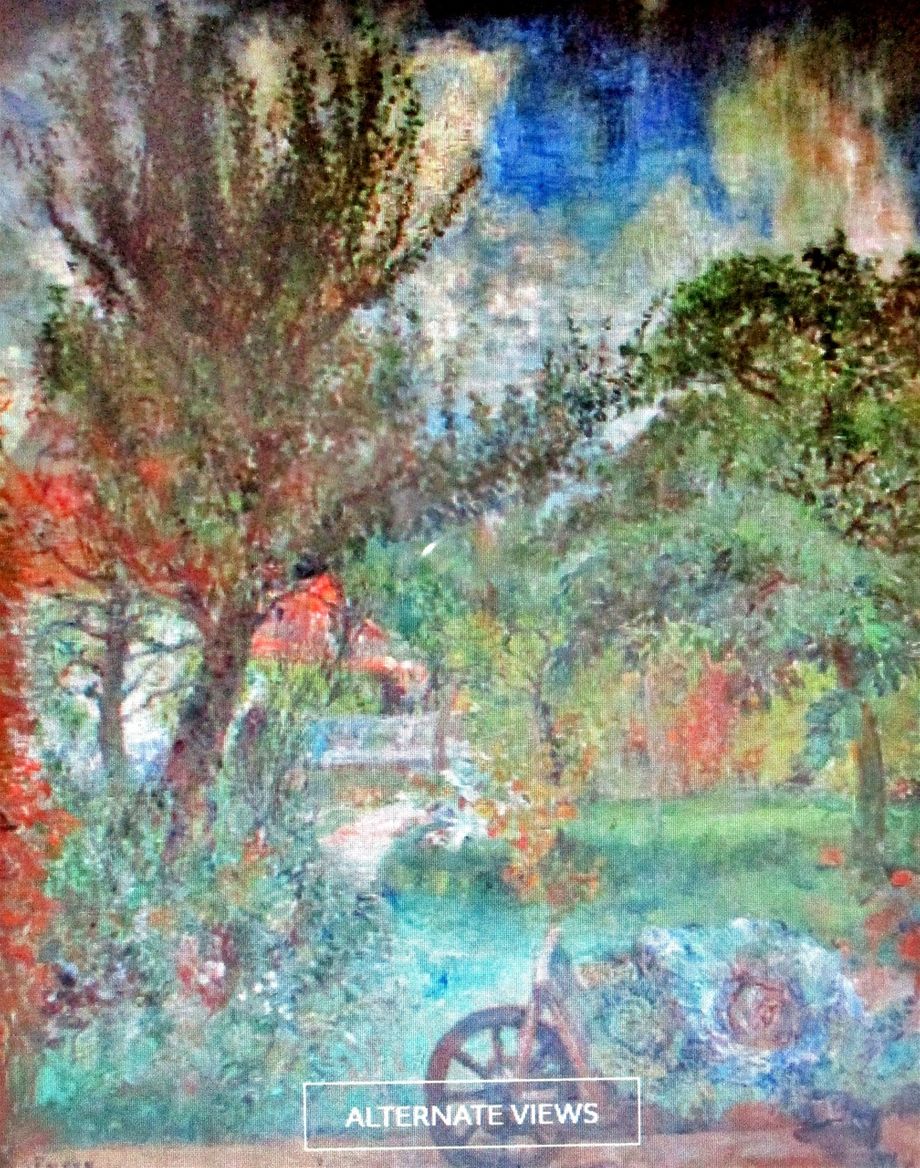 In the collection at The Cleveland Museum of Art is a Japanese scroll painting titled The Story of Fukutomi from 1392-1573. The work tells the tale of a man who wished to move up in the world and make his fortune by his ability to fart musically. The scroll goes on to tell that before his performance in front of upper class nobles a competitor advised him to eat morning glory seeds. When he did his performance the seeds acted as a laxative and instead of a musical fart performance he shits himself, and the nobles throw rocks at him and kick him in disgust. As a result he spends the remainder of his life in humiliation. The work was purchased by the museum in 1953. This work was part of an exhibition the CMA held called Reflections of Reality in Japanese Art in 1983. The CMA 19th century European collection has works by Courbet, and Daumier and others, bu those works by major artists do not illustrate the growing shift away from the ideal of Classical beauty to the reality of the world of that time and portraying social issues and concerns of that time. The museum did have an exhibition in 1983 titled The Realists Tradition French painting and Drawing 1830-1900, and they did soon afterward purchase The Boatyard by Cazin but still in their collection there is little indication of the enormous changes on many levels that was taking place in the second half of the 19th century. The Daunier, Ensor, (and others in the CMA collection ), for now sidestep this view, and the new visual language and perceptions (closely tied to poetry and literary movements) that was being developed at that time. Of course the museum avidly collected Redon's but the elegance and beauty in his works are easy to accept and understand. The CMA recently added six fine neo-classical paintings to it's collection of 19th century works but the opposite camp of romantic painting is not fully represented. The age old conflict in art between the classical and the romantic was never so obvious as in the 19th century. The scales are tipped too much in favor of the classical in the collection. In time these gaps will hopefully be filled and the reality of 19th century and especially the second half of the 19th century will be reflected more completely in the CMA collection.