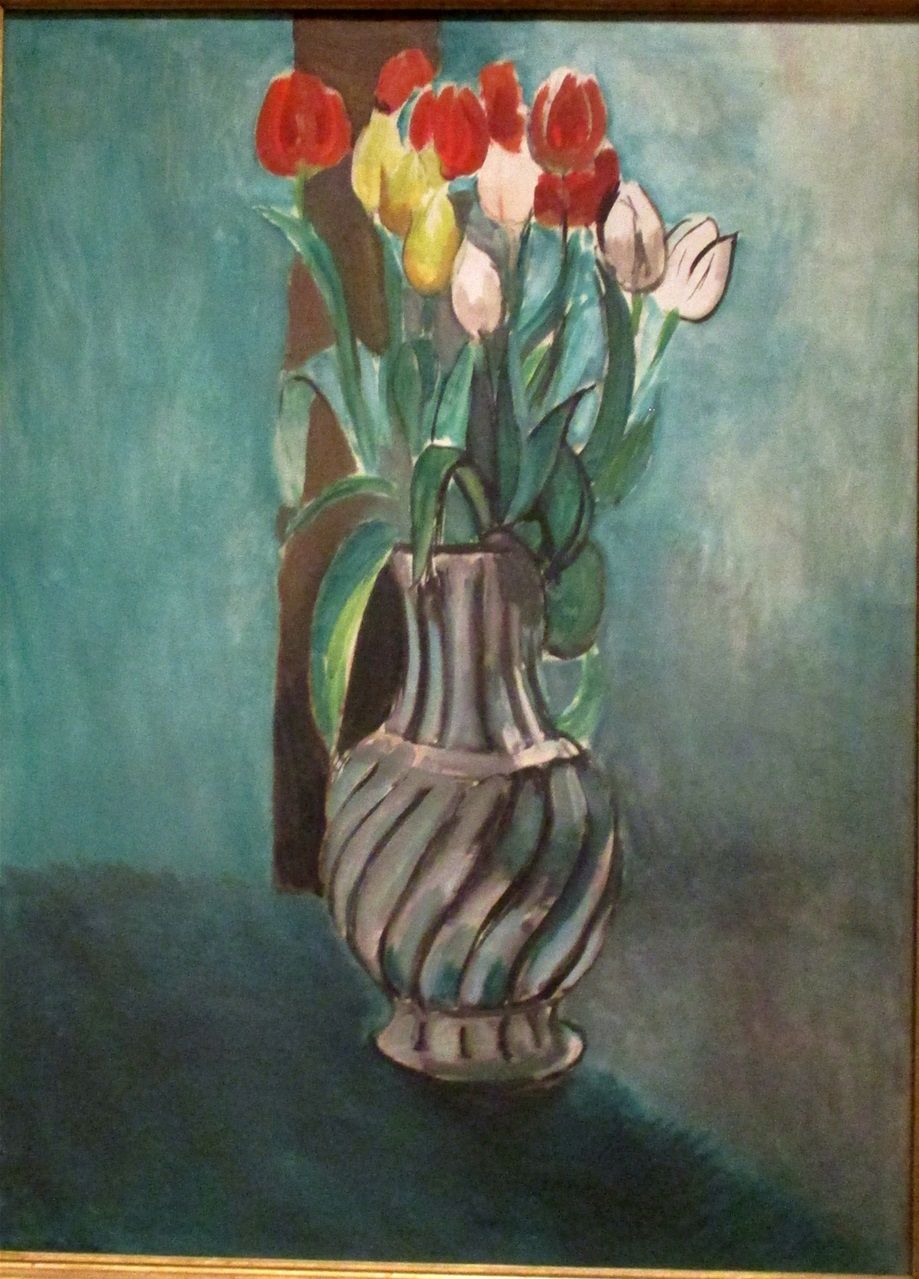 The Cleveland Museum of Art added a new Matisse to their collection. The painting is titled Tulips and it was done in 1914. That year was the year of the start of the First World War. The vase in the painting is just over the edge of the surface it stands on. Matisse has made a reference with that to the art of the past where a vase slightly over the edge of a surface in a painting ( as in Portrait of Georg Giese by Holbine and many others ), is a way of saying, life is precarious and life is short. Matisse with that and the ambiguous background and surface that the vase is sitting on was talking about the world being on the precipice of a disastrous global war. For Matisse a such reference in his work was a rare thing.