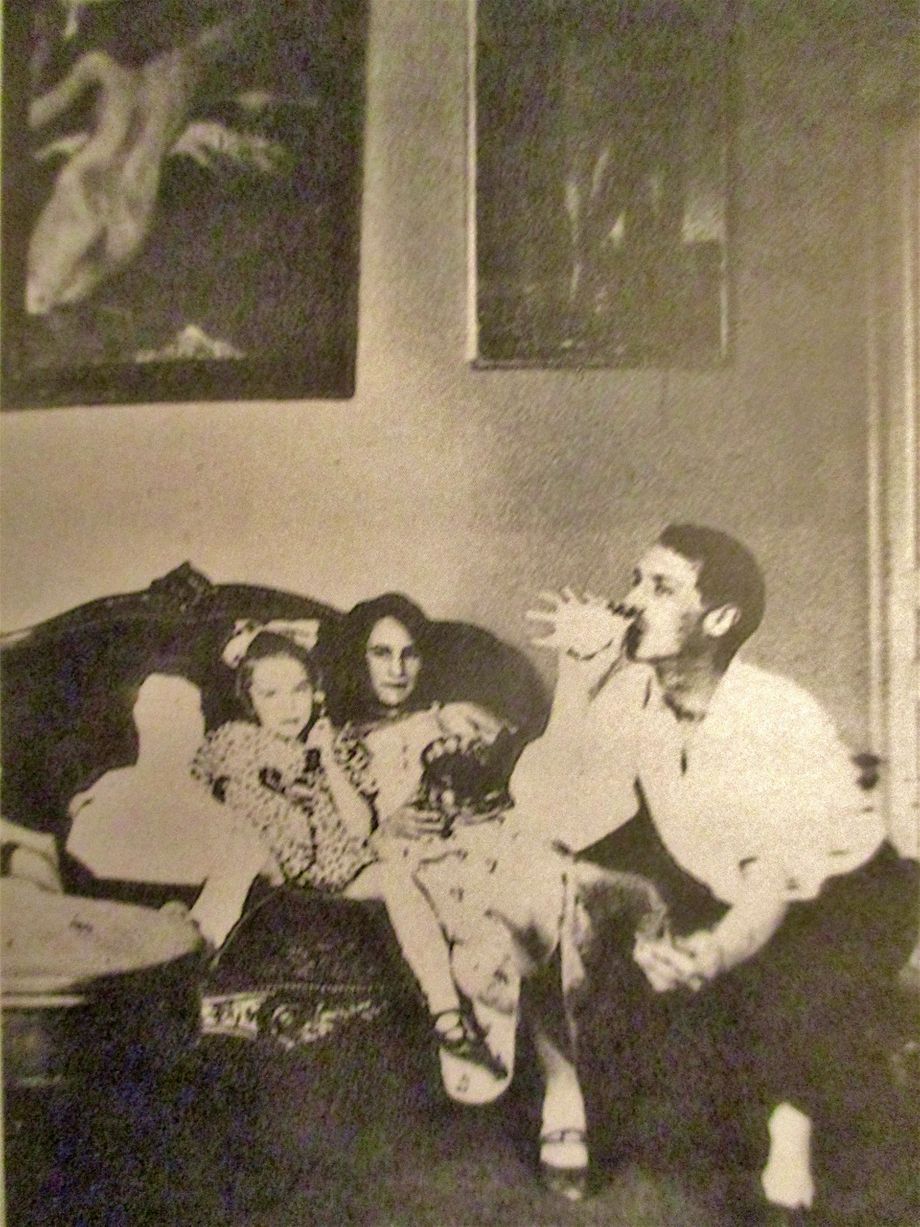 The Cleveland Museum of Art owns a painting by de Chirico titled Metaphysical Interior done sometime between 1917 and 1939. Since the CMA purchased the work some have challenged it as a de Chirico. Some have said it was painted by Max Ernst and others have said it was painted by a lesser surrealist Oscar Dominquez. Max Ernst spent a lot of time in the home of his good friend the Surrealist poet Paul Eluard. In fact so much time that he painted over the doors and directly on the walls his Surrealists visions. There is a photo of him blowing up a rubber glove while Cecile Eluard ( the daughter of Paul Eluard ) and Gala ( who later left Eluard for Dali ) are sitting on a sofa watching Ernst. In that photo you can just make out on the right hand side a door and some of the imagery that Ernst painted on it. Also on the back wall of that photo on the left hand side is the Gauguin painting The Wave. That painting is now in the CMA collection. Cecile Eluard claims that Ernst absolutely painted the de Chirico in the CMA collection. Personally I think Ernst painted the work. He could be a joker as can be seen in the Ernst painting Le Dejeuner sur l'Herbe in the CMA collection. If Oscar Dominquez painted it then it is one of his few good works. As an instructor, if I was taking a class through the museum, the surrealists' possible and unusual "joke" de Chirico would be an excellent teaching tool and place to go into an explanation of surrealism. Who did the painting? It could be de Chirico or it could be Max Ernst or it could be Oscar Dominquez. On top of that De Chirico's later paintings never received the same critical praise as did those from his earlier metaphysical work. He resented this. He produced backdated "self-forgeries" both to profit from his earlier success, and as an act of revenge—retribution for the critical preference for his early work. So the CMA painting could be a de Chirico self-forger...a de Chiciro fake done by de Chirico. Speaking of which, in the CMA collection there are only two examples on display of Dada. One is an Arp and the other a Man Ray. I hope the CMA adds another example of Dada to its collection as that movement in one form or another ( like it or not! ) is still with us now. For such a pivotal movement two works on display are not enough to represent that movement and its impact.