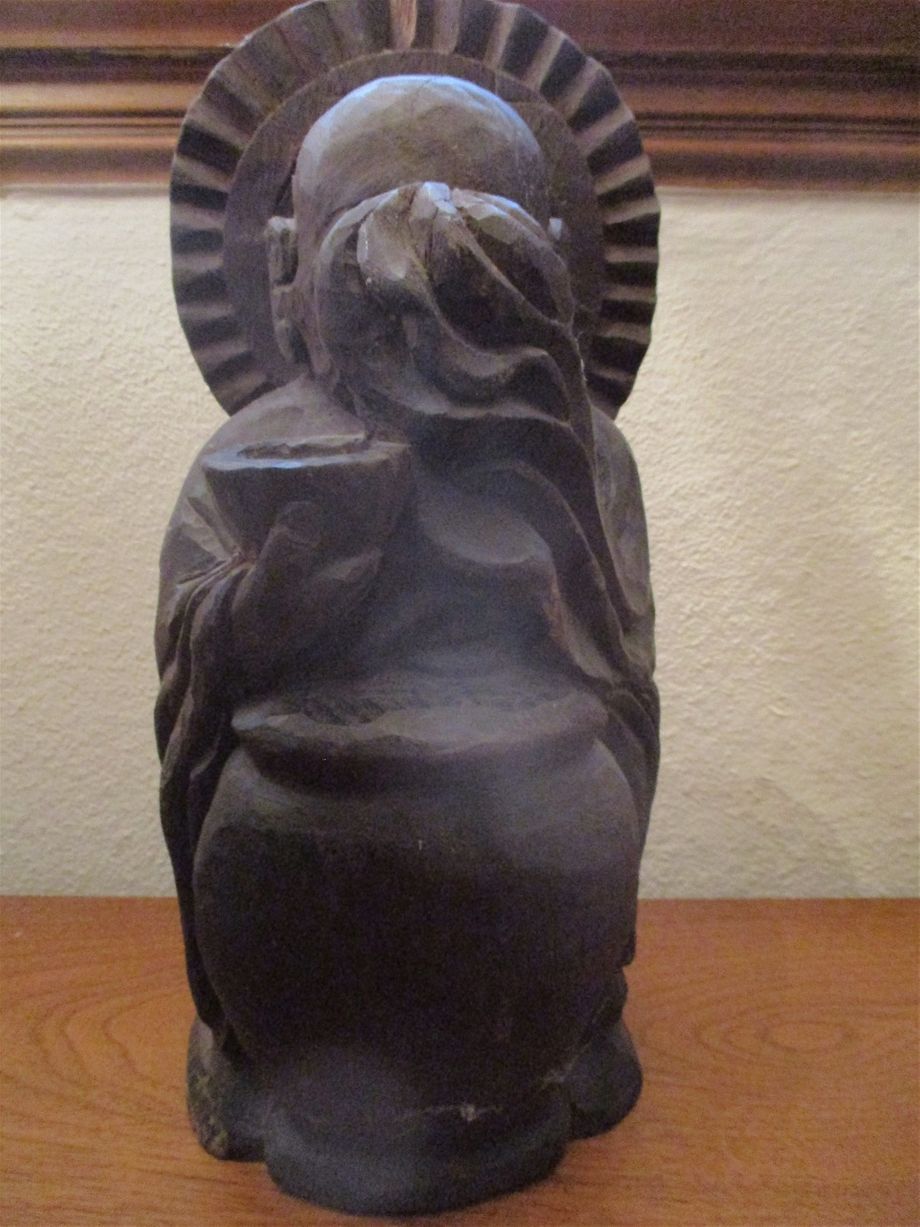 From a certain point of view his works could be considered ugly […]. But for he who had become a solitary monk, what reason could he have had to waver before ugliness? Moreover, where is the conflict with beauty? He possessed no-mindness [mushin 無心] in all that he did. Lack of affectation in beauty does not imply lack of beauty. Apparent ugliness is not derived from ugliness. Modern men have endeavoured to capture a new kind of beauty from ugliness. One could call the carvings of this Holy Man modern. However, unlike our current era of conflict, the Holy Man had attained a state of mind where there was no distinction between beauty and ugliness [bishū funi 美醜不二]. In fact, choosing beauty over ugliness is but another passion that clouds the judgement.

He continued by advocating simplicity:

Simplicity is not crudeness and no-mindness [mushin 無心] is not ignorance. Thus, religious art usually expresses a simple beauty. Artificial ideas do not create art. His works are simple and natural […]. He was aware of his lack of technique and was not ashamed.