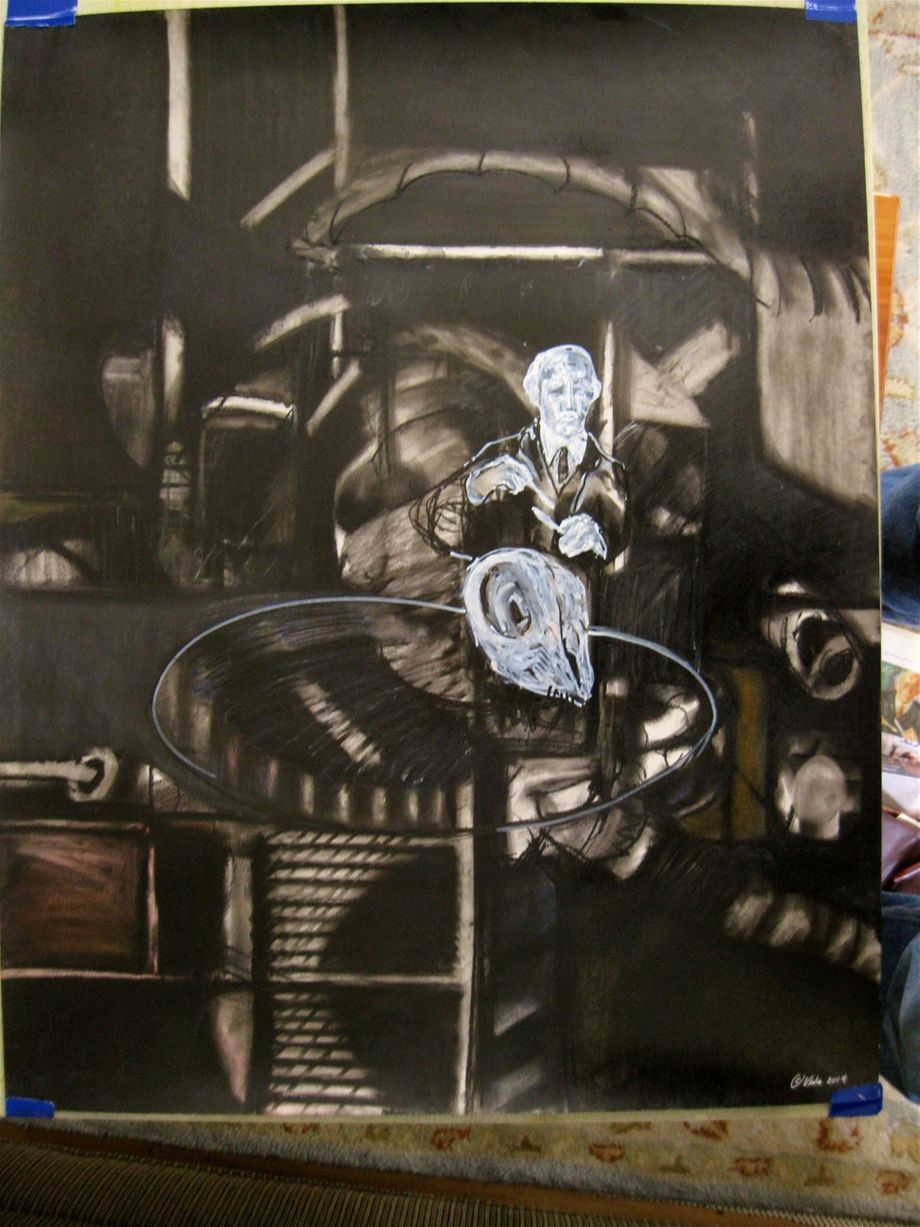 I was an art instructor for a time at Cooper School of Art for a time. On the last day before summer vacation the students were to set up and paint a still life study while their work was being graded. One student walked across the street to the West Side Market and for a few dollars had the butcher cut a calf head in half, and brought one half in butcher paper to the painting room to be his still life subject. The skinless head was sliced down the middle but still had one eye and its pink tongue complete and hanging out of its mouth. That sliced calf head attracted students to paint it like they were hungry flies. At one point there were at least ten students crowded around it painting. He got an A from me for his creativity in approach to subject matter. I don't know if that student went on to do police autopsies, or become an expressionists.