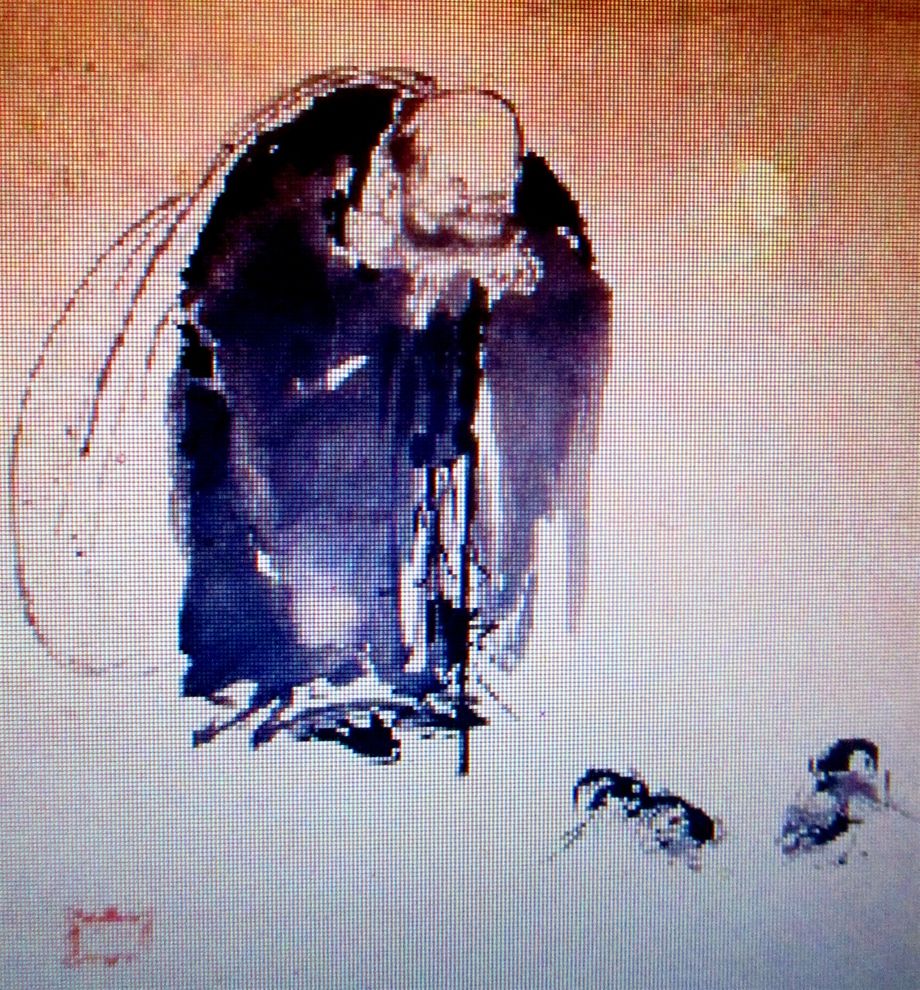 This painting was done by the most important master swordsman in Japanese history Miyamoto Musashi. It was done late in his life after he gave up the sword in became a Buddhist hermit. I became aware of the work while I was living in Japan, and it had an influence on the development of the series I did in this website titled Dinner with Picasso.The Musashi painting brings to mind the work of Pieter Bruegel the Elder and his observations of the world and human nature.