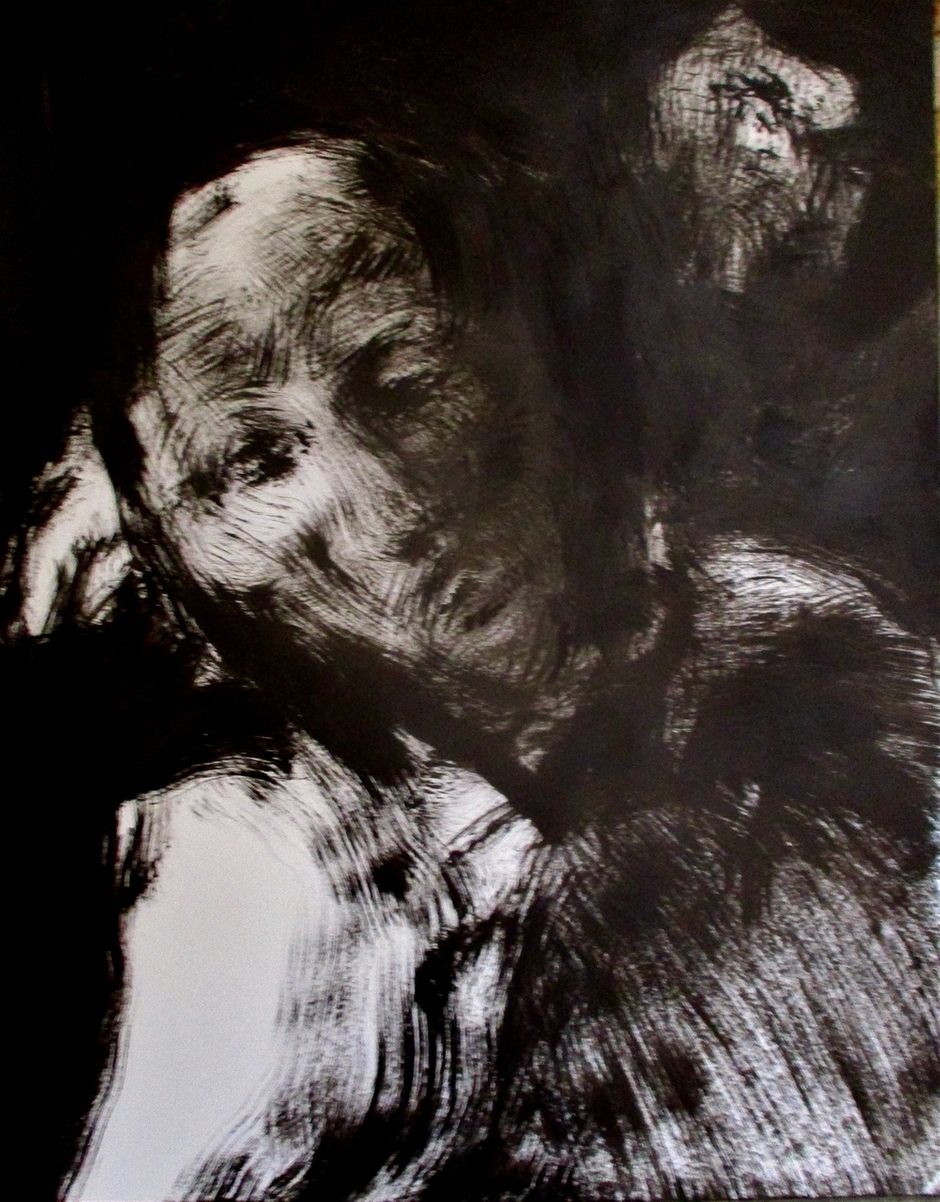 The Story - Dinner Study. Oct 2021. Acrylic Paint on Paper. 28" x 22" This work is part of a series done in October 2021. This series is part of another series. The idea of this series come from a story I came across that in the early 1940's Picasso became friends with the chief of police of Paris. He would invite chief of police to dinner and listen with great interest to first hand tales of the cruelty, violence, and stupidity that the human animal can be and is capable of. The image of Picasso listening over dinner to the latest crimes in Paris is enough but at that time France was occupied my the Nazi's so there was that additional element to that story. At a dinner or gathering if a event or incident is related and an artist is at that dinner on some level the artist will absorb and react to it ( or against it ) directly or indirectly. How creative artists process the world around them is in itself is an unknowable alchemy, and fascinating. In this series I'm visualizing the inner thoughts and reaction of an artist - Picasso at dinner hearing incidents from the chief of police for Paris during the Nazi occupation - but the series also applies to any artist in a situation similar to that. A recent exhibit of powerful German Expressionists prints and drawings, and an exhibit of Redon prints, drawings, and paintings both at the CMA were in the back of my mind while working on the series. The average size of the work was 28" x 22" and the media acrylic paint on paper. That series ( which is still being developed ) and other series that I'm working on, can be found on my website