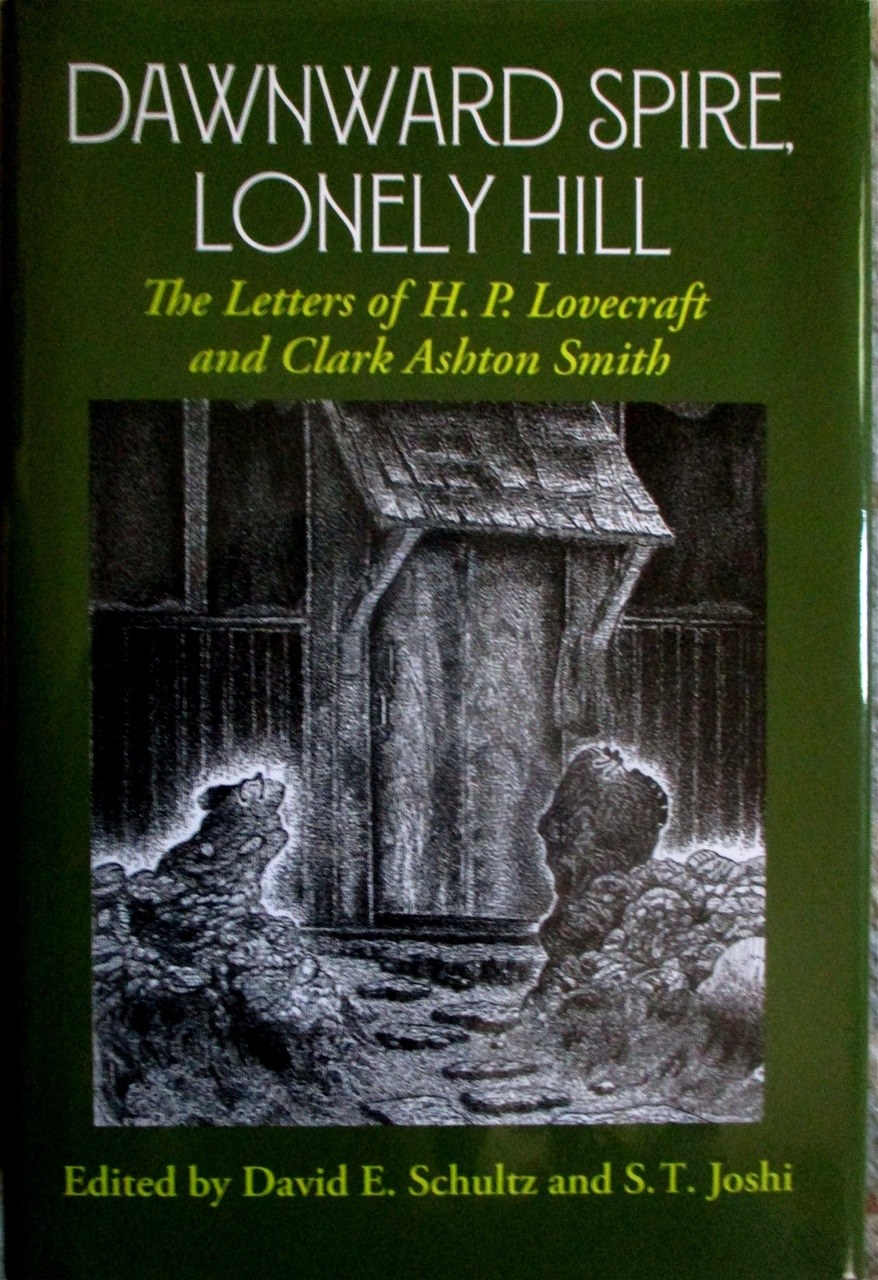 This is the entrance to C. A. Smith's small cabin. Smith built a low stone wall around that cabin. To me that wall represents his creative work, which was to him a wall. In the drawing the stones are shifting into fantasic shapes and creatures...not the least of which is a lizard, half of which is pearched on one side of the entrace rock, and the other half of which is on the other entrance rock. The stone path was a nod to Smith's love of the writing of Lafcadio Hearn. Smith owned the complete collection of the writing of that Anglo/Japanese author. ( In my first year of living in Japan the town that I lived in was Matsue, and in it was the home where Lacafido Hearn lived when he first arrived in Japan. That home and that area of Japan were featured in some of his finest works. )