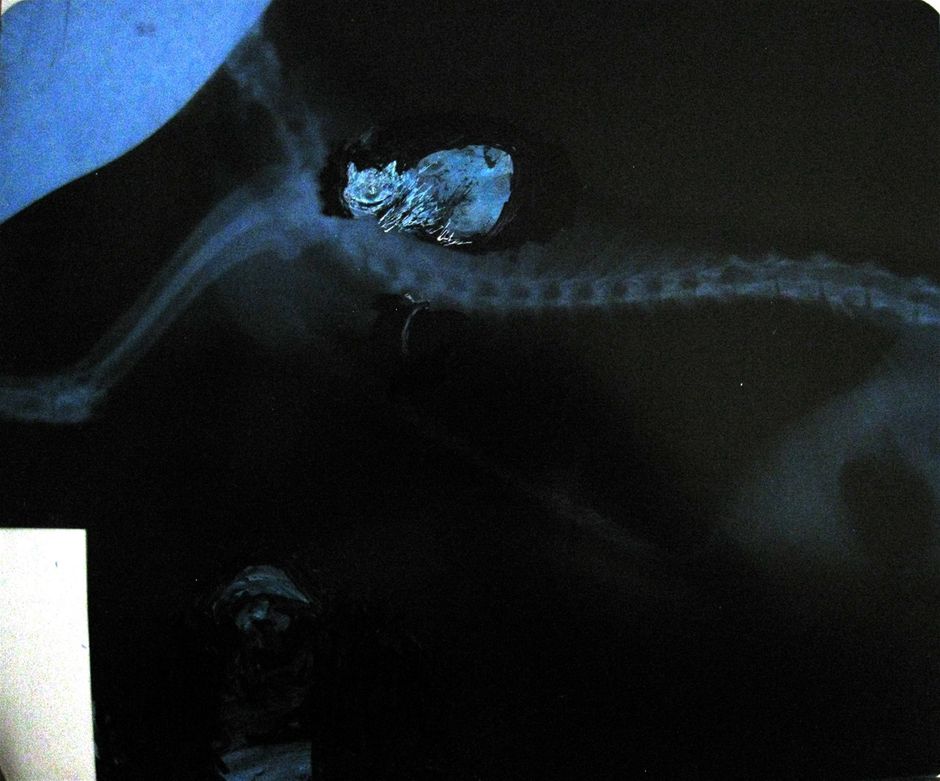 Smiling Cat and Soldier. A Belguim Lt. named Lekeux and his adopted trench cat were out on pratrol. They reached a spot near the German lines, and saw that they were digging a new trench. He hid himself in a shell hole nearby to make a sketch of the German works. He was so absorbed in his sketch that he did not notice approaching German soldiers on patrol. When he finally realized his situation, it was too late to run. He decided to lie very still, hoping that the Germans would not see him, but unfortunately he heard one soldier say, "He's in the hole," so he knew he had been seen. When his cat Pitouchi heard the German say that, he jumped out of the hole onto a piece of timber. The Germans were startled and fired two shots at Pitouchi. However, as frightened as he was, Pitouchi was not hit, and he jumped back into the hole with Lekeux. The German's laughed and joked that they had mistaken a cat for a man and left. Lekeux finished his drawings and returned to the Belgian lines with the trench cat Pitouchi on his shoulders.